For anyone not familiar with the Korean war, T. R. Fehrenbach’s book, This Kind of War: The Classic Military History of the Korean War is a must read. It not only explains how the conflict in Korea came about, but is a riveting report on the fighting in some of the most inhospitable terrains imaginable. It explores the basis from which one can get a better understanding of our national policy toward the communists right after the end of WWII, and the role we were to play in the cold war.

If you are wondering why I am titling this review The First Vietnam War, it is because in reading Fehrenbach’s book, I became aware of many startling parallels between these two “police actions” in Asia.

Both of these conflicts revealed the complex problems of fighting a war that is called a police action, which in essence means that the war is undeclared. Unfortunately, in both cases, these problems were to have immense consequences both domestically and internationally. These political problems encountered in both Korea and Vietnam have continued with us right up to and through the Iraq and Afghanistan conflicts. Whereas the North Vietnamese successfully invaded the South, this was not to be the case in Korea. All combatants signed an armistice in Korea on July 27th, 1953, creating a “demilitarized zone” that still stands today. So in effect, the Korean conflict still has yet to be resolved.

The progression of understanding Korea and it’s relationship to the Vietnam war is similar to understanding the First World War and how it shaped the rise of the Second World War. Both Korea and Vietnam were divided after World War II. Vietnam was partitioned at the 17th parallel in 1954. Korea was partitioned at the 38th parallel in 1945. And both countries had the communist contingent in the north of the country, above their respective parallels.

Both conflicts were seen by the international political community as proxy wars, with the United States vs the Red Chinese and Soviet Union in both conflicts. While communist China was a major participant in the Korean War, Communist China and the Soviets kept a lower profile in the Vietnam War.

Both conflicts were unpopular at home in the United States. One main reason for the unpopularity of the Korean war was that the United States was war weary after 1945. The Korean war started in 1950, just as most men were adjusting to civilian life and building careers and families. A key factor for the unpopularity of both wars was the lack of information and objectives presented to the American people in a clear manner that they could readily understand. Both of these conflicts ignored the wise discipline put forth by the great military theorist Carl von Clausewitz, who emphasized in his essay Principles of War that one must have general principles of strategy that are clearly defined, not only to the military but to the nation as well. Both of these conflicts had the vague goal of containing communism, but the strategy and tactics were not clearly presented to the military or the American public. The public was kept in the dark, causing a rise of negativity on the home front. The fact that nuclear weapons could not be used, due to the inevitability of mutual destruction with the Soviet Union, narrowed American military options even more. The main question from most Americans about both conflicts was, “Why are we there?” The lack of clarity and truthfulness from the American administrations and military led to a deepening negative view of the status of both conflicts.

Both conflicts saw a waste of blood and treasure because there was no grand strategy. In both the Korean War and the Vietnam War we had men fighting for pieces of real estate, which cost so much in the price of useless deaths and destruction to our soldiers, only to be given back to the enemy a short time later. This was demeaning and demoralizing to the men who paid the price in death and disfigurement for a foolish policy that had no direction.

Both conflicts underestimated the time and troop engagement it would take to complete the mission. And in both cases, once the United States was engaged, the “…Pentagon seemed to be living in its own dream world of optimism.” Again, in both situations it should have been clear from the beginning that we were entering an actual limited war, not just a “police action”. A war that in each case cast doubt about the outcome from the start. In the Vietnam War there was too much emphasis upon the new technology and data of the war instead of the actual troop tactics and strategy. We did not understand the cultures of both countries, and to our detriment tended to see them as more primitive, leading us to think they would be easy to defeat in battle. We missed the fact that both opponents in both wars had fire in their bellies and did not care how many men were lost to achieve their goals in defeating the Americans.

Both conflicts had a problem with the conduct of the American “citizen soldier”. In both wars, discipline became a major problem, especially in the Army. After WWII most of the men had mustered out and were living in a civilian world where the rules of the military were a thing of the past. In this new post-war world they had asserted their rights and opinions as expected in civilian life. But this cultural shift was not a formula for a successful military unit. In the case of the Vietnam war, the children of these men had grown up in such abundance and privilege, and in a majority of cases were over indulged to the point that their arrogance and entitlement repulsed any call to order, which is the basis of all military structure. Both of these attitudes, from different time periods, weakened the military objective and destroyed the fighting morale. Fehrenbach put it succinctly in this quote about the Korean War, which would be just as applicable to the Vietnam War: “Regard your soldiers as your children, and they will follow you into the deepest valleys; look on them as your own beloved sons, and they will stand by you even into death. If, however you are indulgent, but unable to make your authority felt, kind-hearted but unable to enforce your commands; and incapable, moreover, of quelling disorder, then your soldiers must be likened to spoiled children; they are useless for any practical purpose.” This sums up one of the most important issues of failure by the government, the military, and the citizen soldiers.

Both conflicts lost many prisoners of war to the communists. In Korea, many prisoners were never returned to the United States after the armistice. Many were marched into China and many were taken to Russia. In Vietnam, there were again many prisoners who were not released by the North Vietnamese and were kept deep within the jungle. In both circumstances, the United States was so focused on getting out of these conflicts that insufficient attention and pressure were applied to bring all of the prisoners of war home. This is a disgraceful and repugnant feature of both wars in Asia.

Dig into this book and see for yourself the evolution of one of the most underreported and misunderstood conflicts in American history. Korea is worth the effort it takes to understand the history and the battles. From this book you will be able to see how fighting this type of war, among the most brutal and bloody of all of our conflicts, without a clear strategy leads to bitterness and resentment not only from the military, but from our nation. Learn what happens to men fighting a war that it’s own government has a hard time explaining to it’s soldiers.

Fehrenbach captures all of the action of the war while taking the time to set the stage for each historical event to unfold. If you are interested in understanding the who, what, when, where and why’s of history, then this book will not let you down. 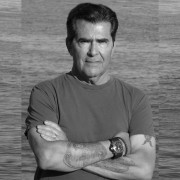