When most people think of the Air Force, they picture a of bunch of pompous arrogant complainers whose “bad day” consists of room service being cancelled or no government rates at the local Hilton Hotel – and perhaps, rightly so. However the career field I wish to talk about over the next few sessions is a small, 450 member group known as SERE or SERE Specialists. SERE stands for: Survival, Evasion, Resistance and Escape. (Yes, I am talking about the guys who beat up Demi Moore in the movie G.I Jane, but that’s not really what it is like.) The SERE career field is part of the Guardian Angel Weapon system alongside the Pararescue and Combat Rescue Officers.  All three work together to ensure that “Others May Live; To Return With Honor.” SERE members are specifically trained to survive in any environment and train others to do the same. When deployed, they are an integral part of the Personnel Recovery Process to recover American Citizens and DOD members.

The attrition rate for this course varies

As I am writing this, the current team started with 62 and now (about two months from graduation) has only seven individuals remaining. This tells you something about the intensity of the training. When these men graduate they will be experts in field craft, survival techniques, and resistance to interrogations and propaganda. The SERE career field is one of the most mentally and physically exhausting courses in the U.S Military.

Here is a behind the scenes look into what these men and women have to endure in order to earn the coveted beret and SERE tab:

It’s 0545 in the woods near Spokane, Washington. Imagine a crisp -12 degree’s Fahrenheit as a team of the seven remaining airmen assemble near a small fire, burning remaining rabbit bones from the night before. They are undergoing SST (SERE Specialist Training) and have many more phases of training ahead that could result in more failed trainees. As the Cadre walk into the areas perimeter (Cadre is an elite military instructor) I hear the team leader call out, “Group attention”! As the instructor walks in, he notices one of the trainees forgot his canteen at his shelter site. The instructor grins and yells out, “DROP!” This commonly used command requires the trainees to get in the push-up position, knock out 40 push ups, do two more for SERE and one more for their team number. In an average training day they will accomplish more than 300 push ups, run more than 10 miles and pull/push objects 10x their body weight.

After the trainees complete the 43 push ups they await the instructor to “recover” them, which allows the trainees to get back up while the instructors inspect all of their gear. By day six, they have been averaging 2 hours of sleep a night, leaving even the strongest physically and mentally exhausted. The gear that they are allowed to have and maintain is an axe, fixed blade knife, folded knife, an Alice Pack (military styled pack), half of a parachute (for shelters), canteens, iodine and a few other odds and ends. The instructors will look over the trainee’s meticulously laid out presentation of all the equipment, searching for certain criteria that is important in a survival situation. The blades of all the weapons are to be rust free and sharp enough to slice through a thick piece of nylon when lightly rubbed across the top of the blade. The trainees themselves must be clean-shaven, dirt free, hair/nails kept, and uniforms serviceable. The reasoning behind this is in a survival situation you never know how long you may have to endure the elements of nature, so everything must last indefinitely. The instructor comes to the first trainee and starts tossing all of the items in different directions and tells him that the layout was not in the proper order. The trainees must have attention to detail which could end up saving their life or someone they may deploy with or train. During the inspection, the trainees are dropped three more times before the day’s training objectives even begin. Throughout SST training, they are graded on go/no-go set of objectives, navigation, fire craft, shelter craft, physical training, food procurement, and care and use of their equipment. If you receive 3 consecutive failures in any category you are removed from the course.  You can also SIE or Self Eliminate, which equates to  45% of the attrition rate.

Stay tuned for part 2 of this series where we will look into their tropics phase of training. 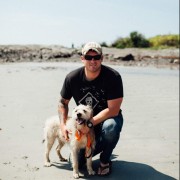